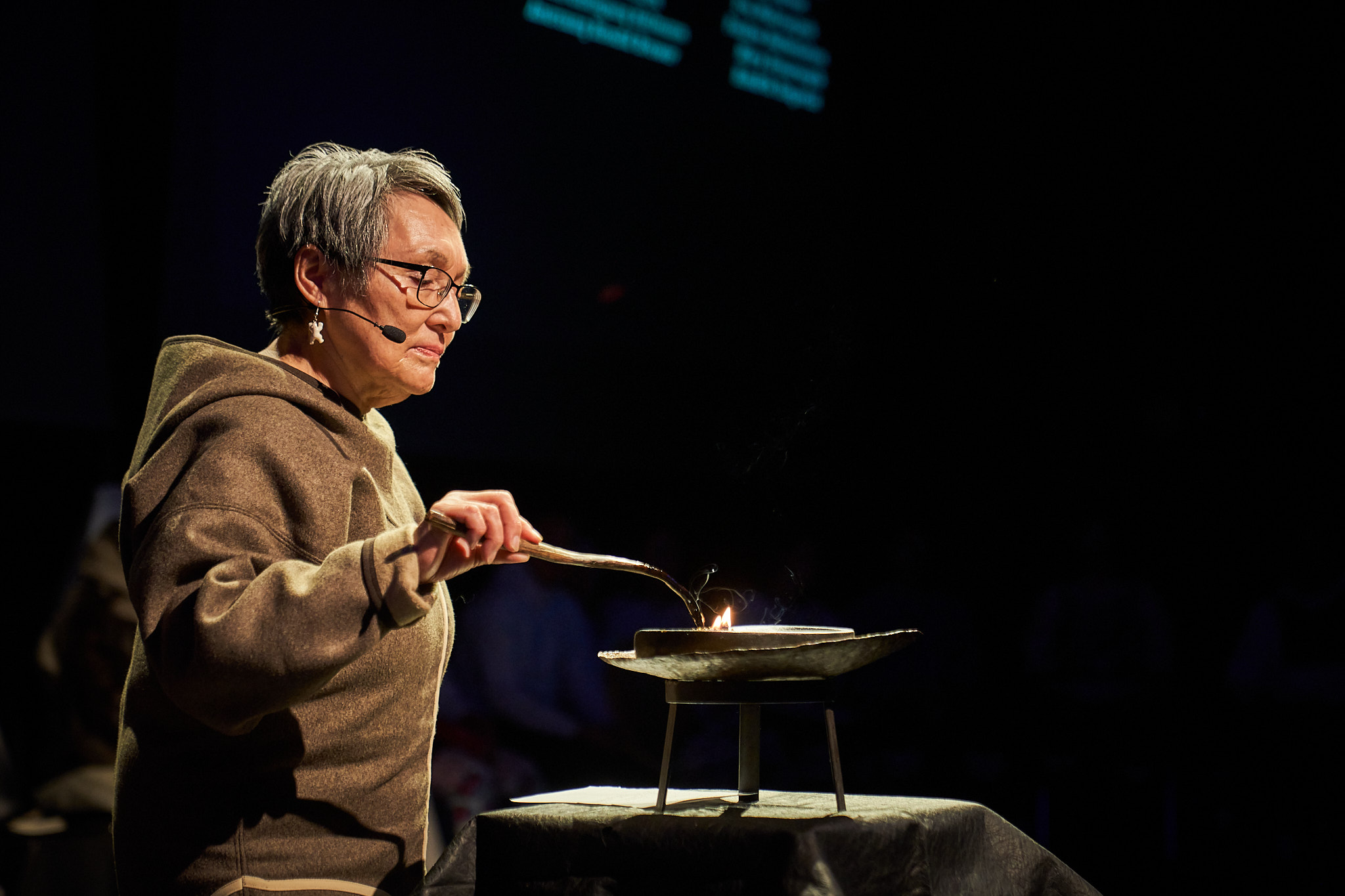 The 21st to the 26th of March 2022 featured a wide range of activities and festivities. First of all, the Culture House, Katuaq, made an event called Katuarpalaaq, the drum dance festival. Secondly, March 23rd was Nordic Day + the one-year anniversary for the Norden Association! Now that’s a celebration!

When you have to hold events for a whole week in honor of Inuit’s drumming culture, you have to start with a bang! And Katuarpalaaq achieved that. Besides, it is also a perfect time. For Inuit drum dancing and singing has been inscribed on UNESCO’s representative list of intangible cultural heritage recently!

First day was open stage, or Mumerneq as Katuaq called it. Here you got a sneak peek into what the big event, which was to be held on Friday, would look like. During this you could see different forms of drum dancing, traditional for the individual Inuit cultures. In addition, people could see the differently shaped drums, and also hear how different they could sound.

Sylvia Cloutier is one of the drum dancers from Canada who participated in the event. She has been a drum dancer for about 25 years now. She learned a lot from one of her old friends Phanuelie Palluq, he is gone now, but she continues to dance, in the way that he taught her.

– Our drums are called ‘qilaatit’, and the way I see it, is that they are the instruments of heaven, because heaven in our language is ‘qila’. So, we sing and dance about our nature, about our troubles and about our love, says Sylvia.

The week didn’t just offer entertainment. People could also participate in three different workshops along the week. Tuesday offered learning about Greenlandic drum dancing. Wednesday should have been Alaskan (Yup’ik) drum dance, but it was moved to Saturday as the drum dancer from Alaska had not arrived yet. Finally, it was Canadian / Nunavut drumming on Thursday. Here, people could both learn and see how the various Inuit drum dancers performed their dances and see what tricks they used.

For Sylvia Cloutier, it is important for the Inuit to come together in these ways as it gives them the chance to both share, but also learn from each other. The performances are also a way for them to pass on traditions to a wider audience.

– We did not have drum dancers in Nunavik when I was young. Missionaries had forbidden our grandparents and parents to sing and dance our traditions. My generation was more curious and eager. So, we went to our grandparents and asked them about our traditions. Now I am part of the oldest generation of traditional singers, for all the elders who taught me throat singing are gone. So, now it’s my turn to pass on our knowledge.

There was a total of approx. 20 drum dancers during the week. Two from Alaska. Six from Iqaluit (Canada), + one who was from both Iqaluit and Montreal. The last ten were from both West and East Greenland.

Wednesday, March 23rd, 2022, became something of a day. This was not just about Katuarpalaaq. It was also Nordic Day! AND 1-year anniversary for the Norden Association in Greenland! So, in line with that, we arranged coffee and cakes together with Norden Association, to celebrate the big day.

The celebration took place right after Katuarpalaaq’s panel debate with the drum dancers Sylvia Cloutier from Iqaluit / Montreal, Keenan Carpenter from Iqaluit and Nuka Alice Lund from Sisimiut. For the panel debate, people learned more about the individual drummers’ thoughts on drum dancing and its future. In addition, one could also learn more about the individuals’ own experiences with drum dancing and how they started with it.

After an interesting and informative panel debate, it was time for coffee and cakes. The celebration was held at Katuaq’s exhibition area. There you could enjoy a good cup of coffee and delicious cakes while looking at works from KIMIK’s exhibition. Marlene Kongsted who is the front person from the Norden Association gave a short speech with gratitude and a few small jokes, to start the evening.

The last dash of the week

At the end of the entire Katuarpalaaq event, Katuaq hosted the ‘Katuarpalaaq Show 2022’. Here the drum dancers gathered to make an hour and a half long performance. The event started and ended with a bang! Here people could experience a beautiful clash between the various Inuit drum dancers.

For Sandi Vincent from Canada, it was also an experience she will never forget.

– During our group rehearsal, all the participants from Greenland, Canada and Alaska stood on stage and hummed along as elder Ittukitseq sang his father’s song. I felt connected with everyone, with drum dancing and with the experience. It completed the festival’s goals. It was a happy moment, says Sandi.

Hans Lynge Salen in Katuaq was filled with the sound of drums, throat singing and dancing. It was an experience that people will remember for all eternity. The sound of the Iqaluit artists’ big drums with their deep timbre, coupled with both Greenlandic and Canadian vocals and throat singing. The sound of the Greenlanders’ smaller drums and their bright sound, mixed with the Canadian drums. It really was quite a show!

Katuarpalaaq is about practicing the drum dance together and learning from each other. Therefore, there were workshops, smaller performances and a larger performance in Hans Lynge Salen.

You can read more about Katuarpalaaq here

Nordic Nature Narratives focuses on people’s stories and examines views of nature across generations and cultures in the Nordic region. The project takes place in Greenland, northern Norway and Denmark in the period 2021-2022. By learning about the impact of nature on our lives and 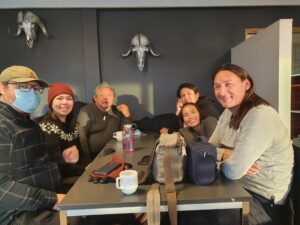 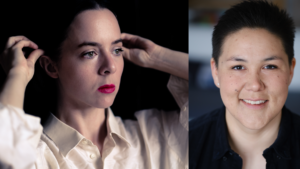