7. December 2021 | by Malik Brøns |
0 Likes
We are a Nordic workplace, where employees speak Danish, Norwegian and Greenlandic as their first languages, while everyone knows one or more languages ​​as well. This autumn, two new employees started, both are trilingual. I know from experience that it can sometimes be difficult for other Nordic citizens to understand Norwegian. I therefore discussed with a colleague which language we should use in the workplace to have an inclusive work environment. It was in this conversation that the words above fell. “We speak together in Greenlandic, but not necessarily in Greenlandic words” 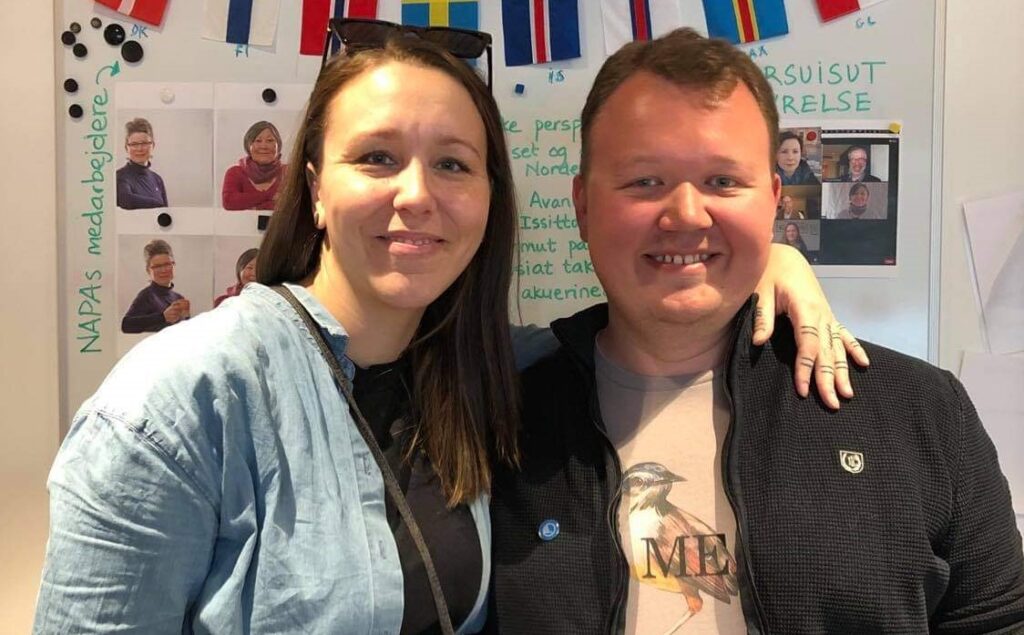 Suddenly it was not just the words we speak that we discussed, but how we communicate on several levels.   When I was still quite new in Greenland, I talked to a candidate about how bad I think it was that in Greenland you can not take your education in your mother tongue. In my perspective, this is a minimum requirement in an education system that must be perceived as relevant to young people; that you can communicate and show who you are and what you can do in your mother tongue. She was not as upset as I was, and I did not understand why.   She said:

The conversation was interrupted, and we were both going our separate ways, but I thought about it a lot afterwards. What did she really mean? Was it not important to use the Greenlandic language in education? Did it have anything to do with her research on valuing indigenous knowledge? Among other things, she had repeatedly emphasized communicating and exchanging expertise in silence. (link to former blog) And now, now her words reappeared in my head during the conversation with my colleague who was trying to describe what it meant to speak Greenlandic, without necessarily using Greenlandic words. Communication in Greenlandic is about so much more than using the Greenlandic words.   I have learned a few things about communication in Greenlandic – but still have a lot to learn. The Greenlandic language is structured completely differently from the Indo-European languages ​​that belong to Scandinavian. This means, for example, that the sentences are structured in a different way, where the meaning of a sentence, the main word, is often at the end of the sentence. It is therefore both rude and stupid to interrupt when someone is talking. You are not sure what they will actually say until they have completed the sentence. Another thing is voice volume. I read a Facebook post where a Greenlander with good intentions thought that one should actually explain why one was annoyed with people who spoke so loudly. Speaking out loud is not an expression of security, does not add to trust and credibility. In a classic Norwegian upbringing, I learned that you have to “speak loud and clear”. One should not mumble or hesitate when expressing one’s opinion. In Norwegian culture, we have the phrase “He who is silent agrees”. If you disagree, you have a duty to speak out loud and clear. If you do not, then you agree. It is not necessarily correct or is perceived as polite here in Greenland.   I read in a book that in Greenlandic you do not have so many polite phrases – but that it is important that you look each other in the eyes and acknowledge each other’s presence by greeting – either with words or facial expressions. One can also through facial expressions express one’s agreement or disagreement, without putting it into words, without saying it loud and clear and through this put the other in embarrassment.

There is no common Nordic language

In Nordic co-operation, we find it easy to confuse the term Scandinavian with the term Nordic. We have a common Scandinavian language: Danish, Swedish and Norwegian, which are very similar languages. However, we do not have a common Nordic language. Link to Norwegian, Swedish and Danish. There are differences between Norwegian, Swedish and Danish, but in this context I am concerned that we recognize the difference between having Scandinavian as their first language or as their second language.   The fact that we are different is a good thing – it gives us the opportunity to bring many perspectives into the discussion. We need new solutions and many different perspectives to be able to solve the challenges of the future in the Nordic region. But, in order for us in Nordic co-operation to become more innovative, find better solutions and become more relevant to the civilian population, we must communicate in such a way that all perspectives are seen and recognized. And, maybe it’s about more than translating into the different languages…

Which work language should we use in our Nordic office?

Back to our discussion about what language we should have in the office. I had thought that we would agree to hold meetings in English and informal communication in Greenlandic. But, I understand that this discussion is about more than what language we speak. It is also about who speaks when, how we talk to each other, how we listen, how I as a leader make room for all perspectives. And, the use of multiple languages also includes body language, volume and silence.

If we as an organization are to have access to all perspectives, then the working language must make room for it. We want to test different ways and reflect on what is perceived as best – what gives room for as many perspectives as possible so that we solve our tasks better and at the same time means that we all feel included and valued at work every day.