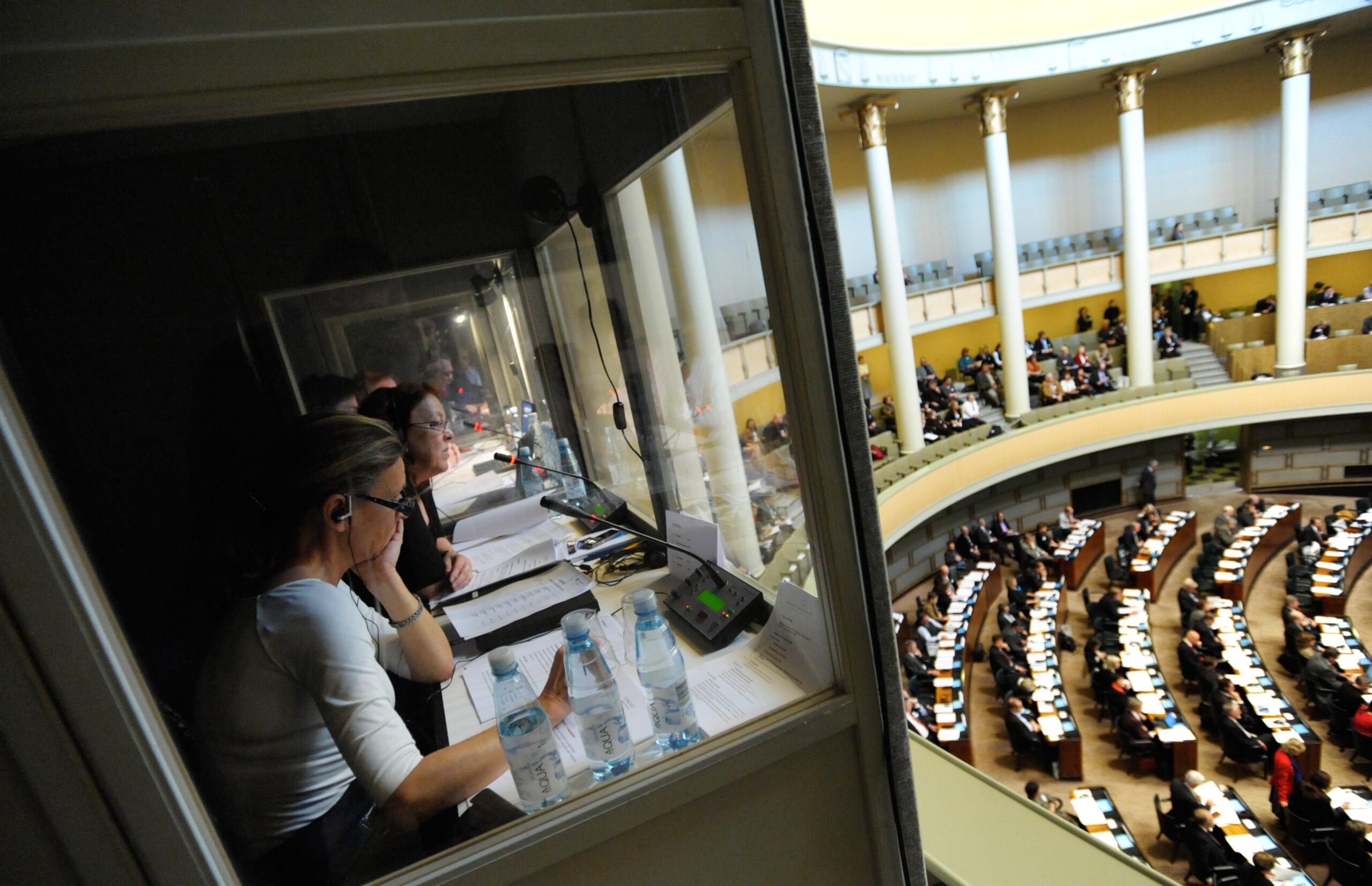 Can we please speak English together?

3. December 2021 | by Malik Brøns |
0 Likes
We have a language community between Norwegian, Swedish and Danish which we call the Scandinavian language. In the Nordic community we have many more languages; Finnish, Icelandic, Greenlandic, Sami, Faroese and several minority languages. Many of the citizens who have these languages ​​as their mother tongue, like to speak a Scandinavian language as their second language in addition to all the other foreign languages ​​they like to know as well.   My second language is English. I speak English well and communicate perfectly well. I have taught in English, read both non-fiction and fiction in English and participate in webinars and meetings in English. But, I am painfully aware that I sound smarter and have a more sophisticated language when I can, for example, give a lecture in Norwegian for Norwegian native speakers. It has something to do with the variety of language and the feeling that I can express who I am and what I stand for through nuances in the language, self-irony, use common references, use proverbs and visualize the language and make it more vivid. 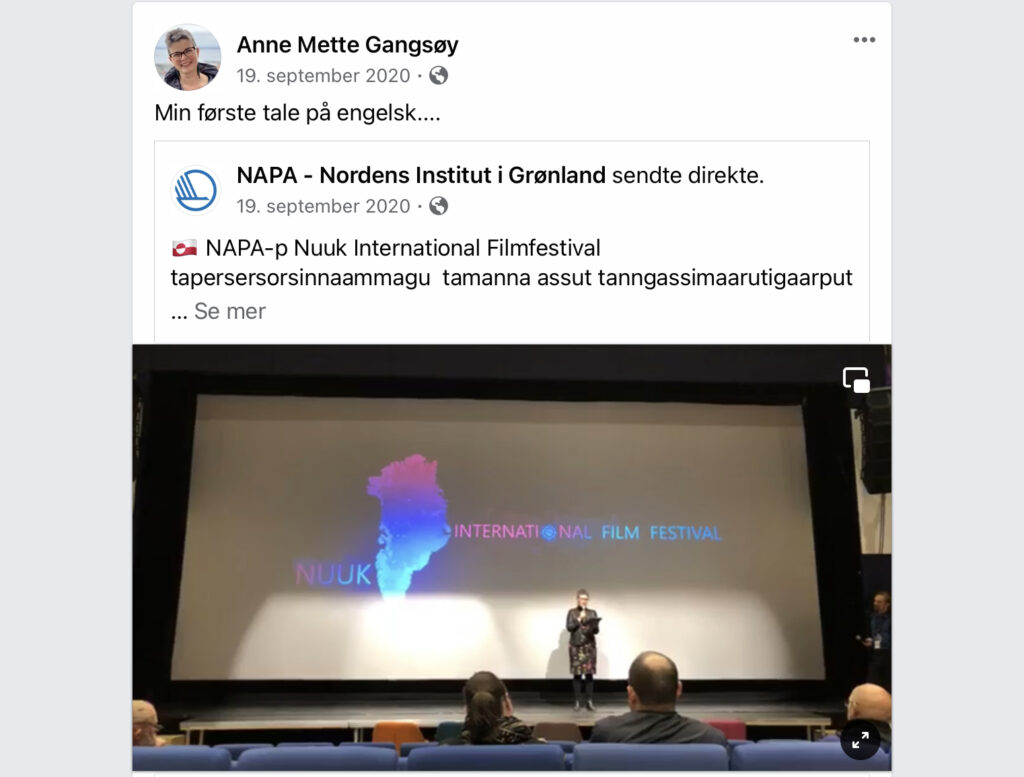 Norwegians, Swedes and Danes thrive in the Nordic community. We can speak our mother tongue and feel that we can express ourselves in a wise way. We can excel with a linguistic wealth and really show who we are and what we stand for. In some meetings, English is the meeting language. For me as a Norwegian, it feels a little more uncomfortable. I feel that I can not express exactly what I mean, it takes a little longer before I throw myself into the discussion. If there is something I do not understand, or if I am misunderstood, I like to take it on my cloak and blame myself. I’m a little ashamed that I can not excel in the same way as my colleague who is better in English than me. The advantage is that it forces me to use a simpler language. I become clearer and do not use so many difficult words to explain.

The Norwegian, the Swede and the Dane

I am trained to believe that Norwegian, Swedish and Danish are almost equal, and that we understand each other well. According to this survey Norwegians understand Swedish and Danish much better than Swedes and Danes understand Norwegian. It can be explained in many ways. Some say it is because we are used to understanding different dialects and that different dialects are actively used in all media in Norway. Others say it is because we have once been ruled by both Denmark and Sweden and that our written language actually comes from Danish. As a Norwegian in Nordic co-operation, I am amazed at how big differences there actually are in communicating in a Danish, Norwegian or Swedish context. One thing is the language. We have so-called “false friends”. This is when the same word means different in the different Scandinavian languages. There is quite a difference in saying “må jeg? »In Norwegian and« må jeg? » in Danish. These small differences are mostly just a little sweet and pleasant misunderstandings, but it can sometimes feel like a rock in the shoe in communication. It becomes tiring to communicate. For those who have a Scandinavian language as their second language, the chances of misunderstandings are all the greater. Another thing is the differences in culture. There are actually quite large differences in how we communicate, give feedback and exercise leadership in the Norwegian, Swedish and Danish context, but I will write about that another time. Back to the language. The young people in the survey said:

When something is important, we want it in English. Then everyone understands.

When we want to get to know each other better, learn about each other’s language, build relationships – then we want to use mother tongue and play with what is similar, what is different and get to know each other’s mother tongue.   It is politically incorrect to say that we will speak English at meetings under Nordic auspices. But, it means that in Nordic co-operation, there are some who are more comfortable than others, some who understand more than others and some who are excluded. In Norwegian I often use the word «so». We have to do that, so that this and that happens. We must speak English so that everyone understands. For a Dane, it becomes disturbing. This is what candy means and the brain must process that this word means something else in this context – and before it is “clarified”, the rest of the sentence has not been perceived. I often experience, in communication with Danes, that I am not understood, that one is misunderstood and that no one laughs at the joke I tried to put between more serious topics. (Of course, it can also have something to do with the fact that I have a bad sense of humor…, but I actually experience a difference in the language culture in which I tell my (bad) joke…) It affects me in my communication. I try to speak more slowly, I try to remember the words that can be misunderstood, I do not use humor to “lubricate” the relationship and I notice that I speak a little stilted and am not completely myself. And yes, it’s tiring. I get tired, tired of not being understood the way (!) I meant, that I am misunderstood and given opinions and attitudes I do not have. Sometimes my brain stops and I hear everything that is being said, but I do not understand anything. It’s just like a blanket falling down. Sometimes I just want to be able to speak dialect, speak fast, be positively interpreted in my attempts at humor and feel the community in shared cultural experiences. Then I think, maybe I should not complain.

So, why don't we just speak English together?

As a Norwegian, I am in the best position, I understand Danish and Swedish well, I am actually part of the good company. I would rather observe the challenges I have both to understand and be understood, try to understand the challenges it is for those who have Danish, Norwegian or Swedish as their second language, and still be politically incorrect and ask that we speak English together in meetings when everyone is to participate.