The fourth arranged Nuuk Nordic Cultural Festival in history was well completed after four creative and festive days in Greenlands capital, with music, dancing, theater, visual art, and much more. It has been a long and dark time for the cultural life, during these past years, but the Nuuk Nordic Cultural Festival 2021, ended at the right time, and in the right way, when we weren’t buckled up by the large restrictions of that time. That is why, it became a festival, that taught us a lot of new things, and has been an important step for the path of the festival.

During NNK ’21, there were a total of 97 greenlandic artists, as well as 70 artists from the rest of the Nordic regions present.

Greenland is the Nordic region’s window to the Arctic. The physical placement puts the world’s largest island in quite the place, where marvelous and wonderful things happen – and where amazing art rises.

The next time Nuuk Nordic Culture Festival kicks off, it will be something new, as it will be arranged for early summer instead!

By that time, the snow has melted and the heat is on its way. The light lasts a long time, and it is felt in the mood of the city; Nuuk buzzes with life.

We look forward to this time bringing the festival to a time when we are not challenged by snowstorms that delay air traffic and threaten spontaneous power outages.

The more stable and calm summer weather can even provide an opportunity for more experiences for the many guests who come from outside, when artists and actors from all over the Nordics and the rest of the world come to Nuuk to share knowledge and experience with the local actors.

The next arrangement of the festival will take place during the 25th and 28th of May 2023.

NAPA will be the main responsible party for the festival of 2023. 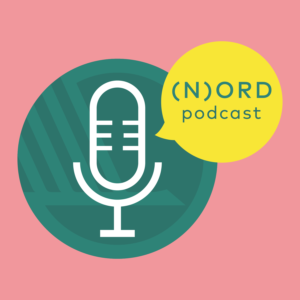 (N)ORD is our own podcast about words and languages in the Nordic countries. We want to contribute to the knowledge of Nordic languages, to make us all better at speaking together across Nordic borders and cultures. 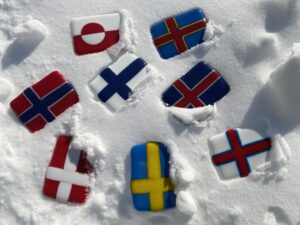 Greenlandic talks in the North